« I Was Out Finding My Purpose...Again | Main | Stop Blaming Others for Your Divorce » 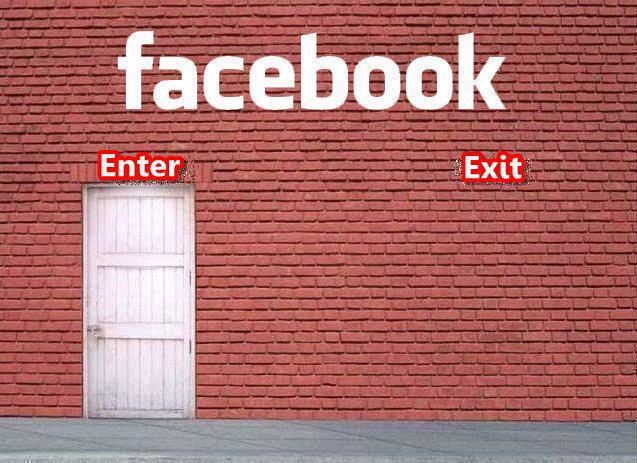 My friends, family and clients aren't too happy that I got off Facebook but I, on the other hand, am ecstatic to have found my way out! Facebook is GREAT for so many things, such as keeping up with distant relatives, getting to see pics of my two beautiful daughters and reading inspirational and funny quotes. But it also became yet another obligation in my life.

I WAS IN HAWAII. DIDN’T YOU SEE THAT ON FACEBOOK?

“Hey there! I haven’t seen you around in a while!” I said to an acquaintance of mine.

“Uh, yeah,” she mutters with a look of distain on her face. “We went on a trip.”

“Oh cool! Where did you go?” I asked, while wondering why she was giving a crusty look.

“We went to Hawaii. Didn’t you see that on Facebook?” she said, obviously annoyed.

I cannot tell you how many times I had a conversation similar to that one.  “I was downtown, why didn’t you join me? It was on Facebook” or “I’m sad because I had to put my dog down. Didn’t you see that on Facebook?” and “Why weren’t you at my kid’s graduation!? I invited you on Facebook!”

It started to feel like a job to scour through my 576 Facebook friends’ posts so that I didn’t “miss anything”. I wasn’t enjoying myself as I’m less of a voyeur than the average human.  That’s not a crack at those who love peeking into other’s lives; in fact sometimes I think I’m a weirdo.

I, most often, DON’T want to “peek into” the windows of others’ lives. Or hear about them from a third party.  I’d rather ask that person and have a real conversation.  I hate gossip, I don’t follow celebrity’s lives in any way and I have no desire to know every single detail of 576 people’s lives.  I always figured that what came up in my newsfeed, for the five minutes that I spent on Facebook, was what I was “supposed” to know about. Yes, weirdo alert over here.

My whole point is that maybe Facebook is great for you! The average human LOVES to “peek into” each other’s lives. It’s biological. I’m sure it aided in our evolution in some way; which means I would have surely died out there without learning by watching others in the stone ages. But for now, I’m good with being free of the pressure of “needing to know everything about everyone”.

YOUR EX IS DATING SOMEONE ELSE. I SAW IT ON FACEBOOK.

So another “side effect” of Facebook for SO many people is “Ex-Stalking”;  which means stalking ones ex to see if he or she has been dating, or out partying, or pooped, or looks hotter, less hot, etc. Torture. Pure unadulterated torture. But, like watching a train wreck, it seems some of us can’t stop looking.

I usually unfriend my exes, unless we were able to navigate the pitfalls of staying friends.  But, even then, it’s no fun seeing them move on with their lives. Let’s be honest, we want the best for them but we really don’t want it in our faces.

My last, but not least, issue with Facebook is that people, who don’t even like me, want to become (or stay) Facebook friends. Why in goodness sake would I want to let you peer into my life if we don’t even like each other? More importantly, if you’ve talked behind my back, been rude to me, or secretly (or not so secretly hate me) why do you feel such shock and offense when I won’t friend you? Boggles my mind, but it happens often.

Also, there are “Facebook Frenemies Adjacent”. Yes, I may or may not have just made that up (I did), but the type of person I’m talking about is very real. FFA’s are girls who “like” your boyfriend’s pics a bit too often, or someone you know hates you but is friends with your girlfriend and willfully posts comments or pics and tags your girlfriend in the post just to shake your confidence or to let you know that he’s moving in on your girl.

FFA’s come in other forms as well. Maybe your friend and you were in a fight. It happens, close friends fight. Well, his friend now thinks you’re the devil. She now posts snide cryptic comments on his Facebook wall letting you know how she “feels” about you without taking any responsibility or owning those feelings.

The worst FFA I experienced didn’t know me personally but had taken my friend’s phone (Married with kids mind you) and used to it post on my Facebook wall. He wrote something to the effect of, “My Dearest, I want to […] you...” you get the picture. Thank Buddha I saw it fairly quickly and deleted it. But, I had quite a bit of explaining to do to friends and family.

How old am I you ask? I’m 43. Yes, not 14, not 22 but 43 and most of these instances happened with people in their 40’s, 50’s and even 60’s. The moral of this section of my post is that Facebook is much like high school; though I never had this much drama in high school.

Even though I am looked upon a leper for not being on Facebook, I have more time, more freedom, less guilt, less stress and better posture than I did before I was on “the” Facebook. I feel closer to the people around me, my happiness level has risen, my hair and nails have grown stronger and a long lost uncle passed and left me his llama ranch.  But really, I feel more peace than I have in a long time. Dramatic? Try it for a week. It’s sheer bliss.

ARE YOU AFFECTED BY THIS?

I know from talking with friends, family and clients that I am not alone in any of these issues.  Facebook drama, Frenemies and FFA’s can strike at any time. Each week, 87.3% of all Facebook users are affected by them. Even though that stat is completely bogus and full of holes, it holds some water. I suppose the only question for you is, does Facebook affect you negatively and if so, will you find the exit?

If you’re reading this and you’ve tried to friend me on Facebook previously and I didn’t accept. Please know that quite some time ago I trimmed my “friends” down from over 500 to under 200. I only kept my closest friends (people I see and talk with in real life on a daily or weekly basis) and my extended family (which is huge).  Also, I made it a policy to not accept requests from current or previous clients as mixing business with pleasure is also causes me stress, but that’s a post for another day.

That's awesome that you're going to do what feels best for YOU!!!

When my obligation to my current brand is over...I plan to take a loooonnng vacation from Facebook. It definitely feels like an obligation when work is also tied to it. I do love to pop on and see what people are doing but now that I have a lot of blogger acquaintenances on there as well, my page is filled with blog posts, memes, comments from them and everyone and everything else. I long for the day when I can go back to Facebook only being posts from my close friends who I truly want to keep in touch with.